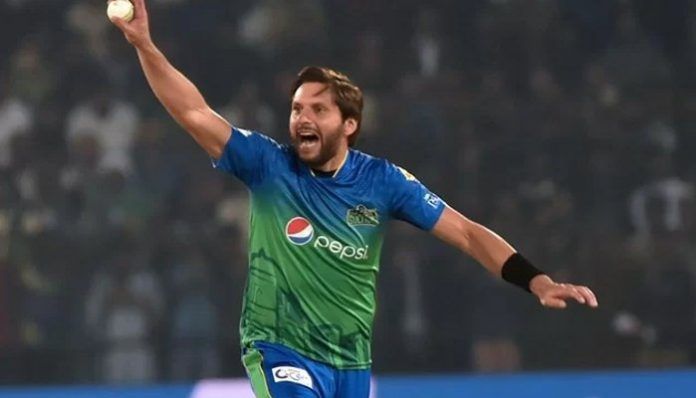 Shahid Afridi has been removed from Pakistan Super League (PSL 7) because of injury. Afridi might have made this declaration in a video message on YouTube.

This time Shahid Afridi was addressing Quetta Gladiators in Pakistan Super League. This is their fourth PSL team. He has previously played for Karachi Kings, Peshawar Zalmi, and Multan Sultans.

This video is for my fans, Shahid Afridi said in his message. I want to thank them for the way they have supported me throughout my career. My fans are just as important to me as my family.

I was attempting to complete PSL from an optimistic point of view, yet my back injury is extremely old. I have been playing with the same injury for fifteen or sixteen years.

According to Shahid Afridi, the injury has escalated to the point where it hurts my knees and toes a lot.

In his video message, Shahid Afridi reported his detachment from the association and expressed gratitude toward his fans, and said that he needed to play the last PSL as a result of them. According to him, he will get better in two or three months and come back because KPL is also ahead.

According to the BBC’s Abdul Rashid Shakur, it can be said with great confidence about Shahid Afridi that his fan following which was at the beginning of his career has not diminished even today and even today he is as popular among the fans as before.

However, there is no denying that his performances have now made a clear difference and with age, his strokes and wicket-taking ability have diminished.

It may be recalled that this time Shahid Afridi could not participate in the first three matches of Quetta Gladiators due to cod.

His return came in the match against Islamabad United but he managed to score only four runs but the most important thing was that he gave 67 runs in his four overs which is the highest of any bowler in the history of PSL. Bowling is more expensive than

Afridi’s one-day international cricket came to an end with the 2015 World Cup, but he captained Pakistan in the T20 World Cup in India a year later, but the team won only one of the four matches.

Asked about his retirement in Mohali, he said he could not decide.

When commentator Nasir Hussain asked him about a possible return to cricket, Shahid Afridi replied in the negative.

You see my condition after the injury, he said with his commonplace grin. Nasir Hussain could not stop his laughter on this occasion.