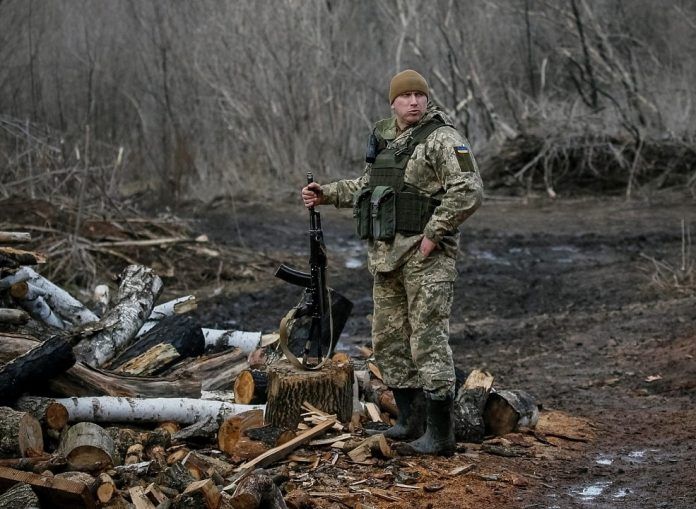 Moscow: The French news agency AFP claims that Germany has approved the supply of 400 anti-tank rocket launchers to Ukraine.

According to the news agency, the supply of munitions to Ukraine is a turning point in Germany’s long-standing policy of banning arms exports to the disputed territories.

According to two officials, Berlin’s military policy has changed abruptly under pressure from the European Union and NATO allies, and it has decided to provide 400 anti-tank rocket launchers to help Ukraine.
Russia’s neighbor Chechnya, on the other hand, has announced that it will fight alongside the Russian army and has deployed troops in Ukraine.

MOSCOW: Russia’s neighbor Chechnya has announced it will fight alongside Russian troops and has deployed troops in Ukraine.

According to Reuters, the head of the Chechen Republic, Ramzan Kadyrov, told service members in the Russian city of Grozny about the ongoing military conflict in Ukraine that Chechen fighters had been deployed in Ukraine.

Kadyrov added that Chechen troops had not yet been harmed, adding that Russian forces could easily seize major Ukrainian cities, including the capital Kiev, but that the Russian military was working hard to minimize casualties.
“Reports of casualties from Ukrainian sources are false. So far we have not suffered any casualties,” he said. Russian President (Putin) made the right decision and we will follow his orders.

Kadyrov released a video showing how Russian forces fired cruise missiles at Ukrainian cities for the third day in a row on Saturday, while President Vladimir Zelensky repeatedly said the capital, Kiev, was still in Ukrainian hands.

Kadyrov calls himself Putin’s “foot soldier.” Kadyrov has previously deployed troops in Syria and Georgia to support Russia’s military operations. After the break-up of the Soviet Union in 1991, Russia fought two bloody wars with separatists in the Muslim region of Chechnya, but since then Russia has spent huge sums of money rebuilding the region and giving Kadyrov large-scale access to the region. Gave autonomy to run the arrangements.
The head of the Chechen Republic, Ramzan Kadyrov, says Chechen troops have not yet been harmed. Russian forces could easily capture major Ukrainian cities, including the capital Kiev, but the Russian military is making every effort to minimize casualties. ۔

Kadyrov calls himself Putin’s “foot soldier.” Kadyrov has previously deployed troops in Syria and Georgia to support Russia’s military operations. After the collapse of the Soviet Union in 1991, Russia fought two bloody wars with separatists in the Muslim region of Chechnya, but since then Russia has spent huge sums of money rebuilding the region and giving Kadyrov large-scale access to the region. Gave autonomy to run the arrangements.

The Ukrainian military has taken drastic steps to defend the country

Kiev: For the sake of national defense, Ukrainian soldiers blew up the bridge connecting Crimea to Ukraine with explosives.

According to foreign media reports, after Ukraine attacked Ukraine with tanks, Marine Battalion engineer Vitaly Skakon Volodymyrovich was stationed on the Heinzhesk Bridge in the southern province of Kherson.

The army’s general staff said in a statement that the army had decided that the only way to stop Russian tanks was to blow up the bridge and that Vitaly Sakakun had volunteered for the job.
Officials say the officer thought his deployment would lead to his death and that he would sacrifice his life for his country, but he did not hesitate to do so.

The sacrifices of Ukrainian soldiers for national defense forced Russian forces to go a long way.

KIEV (Reuters) – Former Russian President Petro Poroshenko took to the streets carrying a Kalashnikov in defense of his country after the Russian military invaded Ukraine, while female lawmaker Kera Roddick was ready to fight.

According to the World News Agency, former Ukrainian President Petro Poroshenko waved a Kalashnikov in a live interview and said that he was ready for war with Russia in defense of his country.
Petro Poroshenko, Ukraine’s president from April 4 to 2019, added that he also had rifles and two machine guns that he would use to prevent Russian troops from entering the country, for which he would be on the road at all times. Will stay
Similarly, Kera Rodak, a female member of the Ukrainian parliament, shared a photo of herself on social media in which she can be seen holding a Kalashnikov. In her message, the female MP encouraged women to take part in the war.
Kyra Rodak, a member of the Ukrainian parliament, added that she was learning to use Kalashnikovs and was preparing to take up arms against Russia in order to fight alongside men.

According to British media, the Ukrainian army said in a social media post that 3500 Russian soldiers involved in the war against Ukraine were killed and 200 were arrested.

The statement added that the Ukrainian army has so far shot down 14 Russian planes, eight helicopters and destroyed 102 tanks.

Ukrainian military officials say fighting is raging in the capital, Kiev. Explosions are being heard in various parts of Kiev.

According to foreign media reports, Ukraine was attacked by a missile from the Red Sea.