How To Curly Hair Straight Beautiful And Shiny 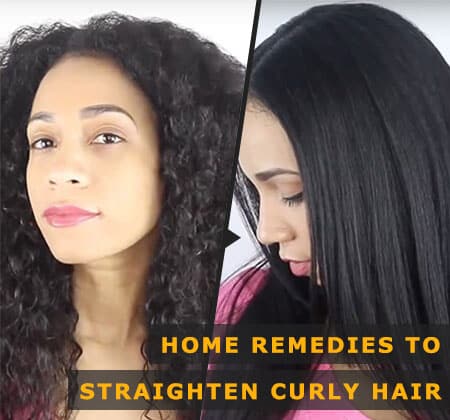 Almost every person’s hair is different from each other. Chemicals or hair straighteners are used for this and as a result, the hair becomes soft and smooth and straight in time but with regular use, the hair loses its shine. The hair becomes colorless and becomes weak and falls out Also, use this method to make the hair silky shiny, and straight. Using this method will straighten the hair with strong shiny silky and curly hair.

Two tablespoons of mustard oil Peel a banana, cut it into three to four pieces, mix in the oil and mix well to make a paste Now add four tablespoons of aloe vera gel and mix well. After mixing, leave it in your hair for one hour After an hour, wash your head with any shampoo and use it once or twice a week Using this method will make the hair straight, soft, and shiny.

Three tablespoons ground Multani mud Two tablespoons Cornflour One tablespoon Sour yogurt One tablespoon Honey Four to five tablespoons Raw milk Mix them all well and make a creamy paste and apply on hair Thoroughly comb the hair before applying it on the hair, then apply it well from the roots to the bottom of the hair and leave it on for 30 minutes After 30 minutes, wash your head with lukewarm water
Applying two to three times a week will make curly hair straight and shiny.

Mix half a teaspoon of Vaseline, two teaspoons of milk, one teaspoon of almond oil, and mix well for five minutes After mixing, apply it on the hair half an hour before taking a bath and leave it on for an hour After an hour, wash your head with any herbal shampoo Be sure to use it two to three times a week. Using it will give you very good results.

Two tablespoons Dove Conditioner One tablespoon Vaseline Two Vitamin yellow Capsules One Egg cracked Three tablespoons Aloe vera gel Mix them all well and make a creamy paste It should not be applied like shampoo, it should be applied on the hair with the help of a brush After half an hour, wash your head with lukewarm water The best results are obtained by using it two days in a week.

Two tablespoons olive oil one egg one tablespoon vinegar one tablespoon Vaseline one tablespoon lemon juice Mix two tablespoons of aloe vera gel well and massage into hair
Leave on for 20 minutes after massaging for 10 to 15 minutes After 20 minutes, wash your head with lukewarm water This will make the hair look shiny, straight, and very beautiful. Make sure to apply it twice a week Applying it will also straighten curly hair.

How To Plan a Luxury Vacation In The Bahamas

How to Get the Real Entertainment of Playing Virtual Games